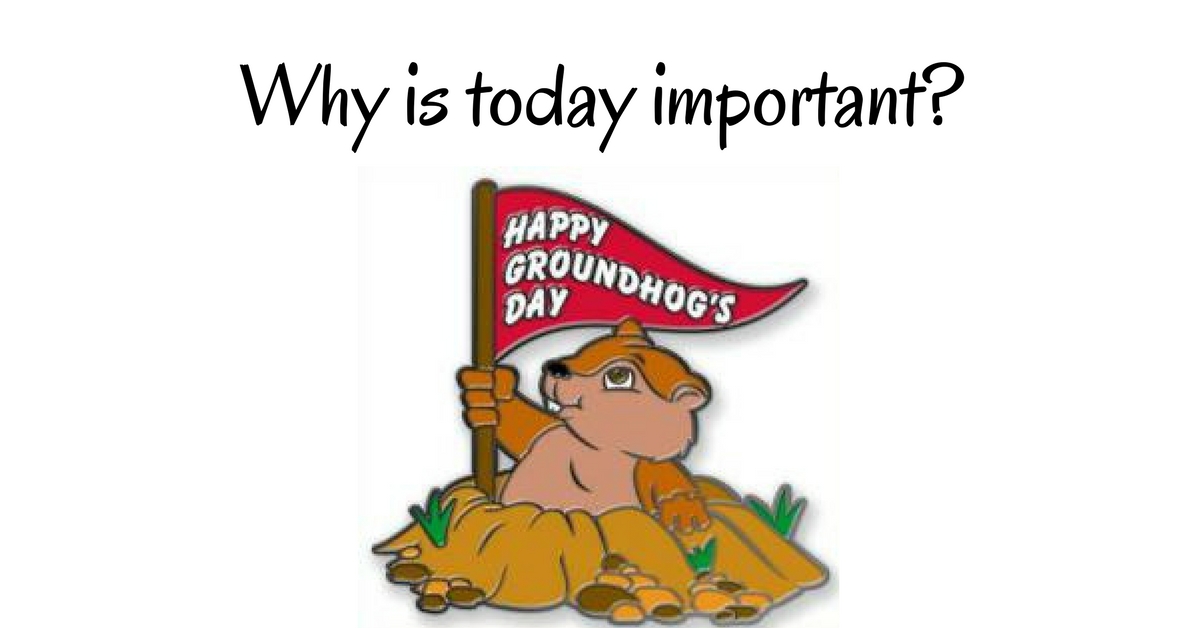 Because its Groundhog Day and in Punxsutawney, PA the famous groundhog Punxsutawney Phil called for six more weeks of winter.

Phil crawled out of his burrow and saw his shadow. We’ll have more winter weather, according to Phil, who made his prediction this morning.

Groundhog Day is also the name of one of the greatest classic American comedies where weatherman Phil Connors, is forced to live the same February 2nd over and over again until he figures out the error of his ways…..

And what does this hysterical movie with Bill Murray have to do with you? Ask yourself….am I in pretty much the same place today as I was last year at this time?

In a year from now, would you like to look back and have a completely different answer…no excuses?

If so…bundle up for a few more weeks of winter and join me here for a Groundhog Day goal setting breakthrough.